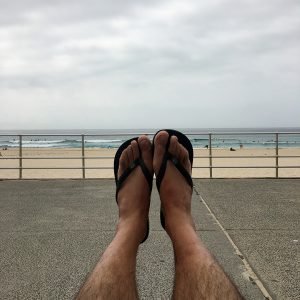 Over the past 50 years, Chris’ signature work with a galaxy of A-List actors, models, athletes and musicians has helped them define their public image while establishing his reputation as one of the most respected photographers in the entertainment industry.  Drawn to the excitement of music as a teenager growing up in Northern California, Chris began his career by shooting local rock shows for fun. He quickly graduated to headlining acts and, since moving to Los Angeles in the early 1980’s, has worked with a massive catalog of performers in the music and entertainment industry.

He has shot the best of the best in the music world including ground-breaking bands like Jane’s Addiction, Pearl Jam, the Red Hot Chili Peppers and Nirvana, George Michael, Iggy Pop, No Doubt, Henry Rollins, Elvis Costello, Fiona Apple, Scott Weiland and Soundgarden.  These images have regularly appeared in Rolling Stone, Spin, RayGun, Vibe, Musicianas well as on the covers of more than 300 record albums and CDs.

Along with his significant commercial and editorial contributions as a music photographer, Chris’ portfolio also includes an equally impressive group of A-list actors from Johnny Depp to Dustin Hoffman, sports icons from Kobe Bryant to Wayne Gretzky, and television shows from American Idol to So You Think You Can Dance.  His images have been in Entertainment Weekly, US, Stuff, Maxim, Premiere, British Elle and W.

In the last few years Chris has presented multiple exhibitions celebrating his iconic music photography.  He started with Greatest Hits: Los Angeles and then followed up with GH: Martini Ranch, GH: George Michael, GH: Grunge, GH: Pearl Jam and GH: Michael Hutchence.  He is currently working on his Greatest Hits documentary and expanding the exhibition worldwide.

His natural talent, versatility and tireless pursuit of artistic expression continue to grow no matter the medium.  “Regardless of what I’ve been able to accomplish in the past, there are always new mountains to climb and new borders to cross,” Chris explains. “I’m excited by where I’m going and what lies ahead… by the journey as well as the destination.”